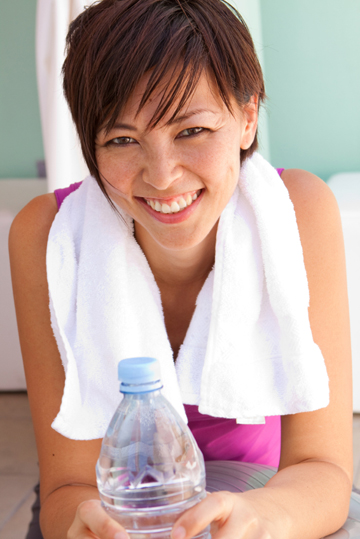 The HCG diet program can offer people some major gains as far as weight loss. It’s no secret that most people using this program achieve major results thanks in large part to HCG’s effects on the brain. By boosting the hypothalamus’ production and neuron activity, metabolism is boosted considerably while on HCG. However, this is not on its own sufficient for weight loss, people must adhere to the HCG diet as described either by Dr. Simeons in his original book, or by the modern approach as described in our literature. Both are extremely useful solutions and both offer much in the way of results. Perhaps it is far too easy to ignore the various requirements of the diet, but those on HCG do so at their own peril, as its these requirements alone that lend their hand to those hoping to lose weight, and offer the most success as well.

In the past, we have discussed at great length the benefits and disadvantages to exercising on the HCG diet. Dr. Simeons original program did not allow for this, but the modern approach, with a higher daily caloric intake, permits moderate exercise. However, oftentimes the question comes up, which program is better? There’s no easy answer to this question, as it depends on the user, but most will achieve as good or better results taking a slightly higher caloric intake and wider variety of vegetables and fruits. The original program was limited in what could be eaten, and many vegetables and fruits originally denied (kale for instance) have been shown since its introduction to be dynamic weight loss boosters on their own. As such, many people despite a slightly higher caloric intake, actually achieve awesome results in line with the original program.

There are a few key ways that people can make the most of their HCG drops experience. Firstly, they should begin with Phase one, fully devoting themselves to high fat intake and low carbohydrates for at least 48 hours. The reasons for this is not, contrary to popular opinion, because the person is going to “starve themselves” and they need to gorge first. Rather, this allows the lipids that are stored in fat cells to mobilize as they attempt to add more fat. Thus, once a person goes on the reduced calorie diet, they are more readily able to burn off the fat they have stored in their bodies.

Additionally phase two should be adhered to as closely as possible. Any instances where someone eats a normal amount of calories may result in them being unable to lose further weight for a period of 1-2 days. This can be discouraging, so it’s advised that people stick closely to the program. Meal replacement shakes can also be used, but should be selected from high protein, low calories and low carb options. There are many available, and no specific brand is being recommended by Extreme HCG, however, you want them to have fewer than 125 calories and 20g of carbs for each shake. Users should only take in one such shake as a replacement for a meal (lunch or dinner only).

This article was posted in HCG Drops Extreme. Bookmark the permalink. Follow comments with the RSS feed for this post. Both comments and trackbacks are closed.
Comments RSS Feed
© 2022 Xtreme HCG Drops | The Real HCG Blog. All Rights Reserved.