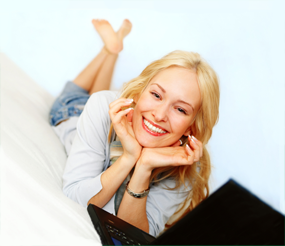 The HCG program’s three various phases can each be considered an essential part of the program. The very low calorie phase, though the most widely recognized, is really just part of what people undergo on the HCG diet. Phase one, the loading phase, and phase three, the maintenance phase, are both important as well. Particularly, the science that underlies phase one of the HCG diet is extremely important for overall success. Though many companies and websites may talk about this as the “eat anything you want” phase, nothing can be further from the truth. People are not permitted to simply stuff themselves, and this phase does not serve as a perfunctory start to the program to allow people to gorge for pleasure. Rather the body itself is meant to respond to the introduction of HCG, the increased fat intake, and also give the HCG time to work.

The HCG hormone, though powerful, can only do so much to the human body on its own. Whenever a person is taking in high calories each day, and a lot of carbs, their body’s metabolism will slow down a lot. This is a result of how the body processes these foods and stores the energy. Choosing the best HCG foods, as a result, is not really the problem. They would always be the choices that are low in fat and carbs to make the metabolism work overtime again. However, in phase one the goal is different. The body has fat cells that enlarge when fat is in the bloodstream, allowing the lipids it contains to be deposited in the cell. When a person takes HCG, and then eats foods high in fat, this will occur. However, once the person enters phase 2 in the next several days, those fat cells will still remain enlarged, and more readily burn off the fat they have stored as a result. As such, phase one is far more than simply loading up on high caloric foods.

People shouldn’t simply grab any foods that are high in calories, as many will also be high in carbs/sugars. This can defeat the purpose of HCG to a significant extent, as carbs can cause the metabolism to slow down at the start of phase two. What users instead need to do is select foods that are high in fat, and very low in carbs. Foods such as meat, pork, sausage, cheese, etc. all fit into this. Vegetables like rice, corn or potatoes should still be avoided during phase one as well. These high fat, low carb foods will generally benefit people by allowing for the best possible results at the start of the program, and increase total weight loss. Phase 1 will generally last 2-3 days, and people are to take HCG as well during this period to allow their body to adjust to the levels of the hormone. HCG takes several days in the body before it really starts working.

This article was posted in HCG Drops Extreme. Bookmark the permalink. Follow comments with the RSS feed for this post. Both comments and trackbacks are closed.
Comments RSS Feed
© 2022 Xtreme HCG Drops | The Real HCG Blog. All Rights Reserved.